Exodus Cry was birthed out of a prayer meeting when leader Benjamin Nolot was stirred to pioneer an organization that would combine prayer and practical ministry to see sex trafficking and slavery ended around the world.

Shifting Culture Working to shift the culture with powerful messaging through films, videos, podcasts, conferences, and the written word. More Changing Laws Advocating for laws that uproot the commercial sex industry and defend those who are sexually exploited for profit. More Reaching Out Engaging with those who are currently bound in sexual exploitation, and lovingly offering them a way out. More 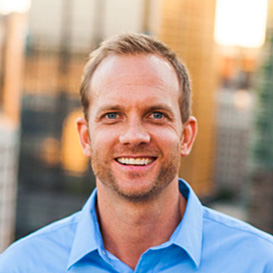 In February of 2007, my wife and I were spending an evening together and decided to visit friends. As we talked, the conversation turned to human trafficking. I was taken aback as I heard the stories of the countless women and children trapped in such darkness. We learned about the millions of girls all over the world who are being forced into lives of systematic rape, generally in the form of prostitution, in an industry that shows no signs of abating.

Later, I learned about a 15-year-old girl who had been violently abducted in front of her own house and forced into sex slavery right here in the United States. In my quest to learn more, I uncovered more and more tragic stories. With each story of pain and oppression, the greater my burden became. In the following days and weeks, I could not escape the overwhelming conviction that I must take a stand against this injustice.

Now that we knew the truth, my wife and I would never be the same. Doing nothing was not an option. The question that begged to be answered was, “What can we do?”

Looking back, I can see that God was piercing my heart. I had been moved before by many issues, but this was more. I was stopped in my tracks. Life was no longer business as usual. The only way I could move forward was to journey into the unknown.

Two days after initially learning about the injustice, as a first step, I gathered with about 400-500 people in a prayer meeting to pray and ask God to end the injustice of sex slavery. For two hours, we labored in intercession, praying that God would set the captives free and open up doors for authorities to take meaningful action. 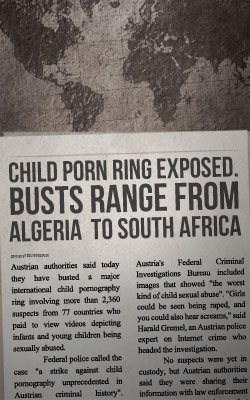 A day and a half later a huge human trafficking bust occurred. More than 2,300 suspects were found and investigated in 77 countries. News articles indicated that it was the largest bust of its kind in history. It was an unprecedented global strike against child trafficking. Reports in the newspapers indicated that there was no explanation for this. Normally, the identification of perpetrators is like finding a needle in a haystack. It was surprising that anyone had been found at all, let alone 2,300! We believed this was God confirming his own zeal over the issue and validating our place in the fight.

With our prayers affirmed, we began intense prayer each week over the issue of human trafficking. On May 10, 2007, God again answered our prayer in a powerful way. On the front page of every local newspaper was the shocking story that four men in Kansas City had been busted for trafficking women from China and forcing them to work in prostitution in massage parlors and residential homes. In total, four arrests were made, 16 locations were shut down, and 15 girls were rescued and taken to a local women’s shelter for safety. The next day, the woman’s traffickers raided the shelter and took all 15 girls captive. After being rescued for a day, these young women were boldly returned to the shadows of a cruel and uncaring industry. This was a huge wake-up call for us. Although our prayers had been answered, traffickers were put behind bars, and women were initially freed, there was no safe place for rescued women to seek refuge. We knew that we could no longer pray for God to bring freedom to women and children in slavery if we did not have the right infrastructure to protect and restore them after their abuse. So we begin to ask the Lord, “What do we do?”

It wasn’t long before our question was answered. One day a widow walked up to me, handed me a check and said, “I know you don’t know me, but God told me to give you $10,000 to start an organization to combat human sex trafficking.” We had received a definitive answer! We must start an organization to proactively combat trafficking and to help bring freedom and restoration to those enslaved. We were exhilarated and also a little fearful. What were we going to do with $10,000?

In 2008, with $10,000 contributed by a faithful woman who listened when God called, we started Exodus Cry, an international non-profit organization committed to the abolition of sex trafficking.

At the time, very few people knew what human trafficking was. I became deeply passionate about seeing others moved from ignorance to action, just as I had been a short time before. With the goal of raising awareness, our small team struck out on a mission trip to create a video that told the stories of those trapped in the sex industry.

Though we knew telling the story of human trafficking would not be easy, we quickly discovered that the issue was broader in scope and complexity than any of us had imagined. We realized that if we wanted to tell the victims’ stories in a way that would inspire people to take action, we needed much more than just a video. After years of crafting, the full-length documentary Nefarious: Merchant of Souls was born!

Throughout the national film tour something beautiful began to happen. 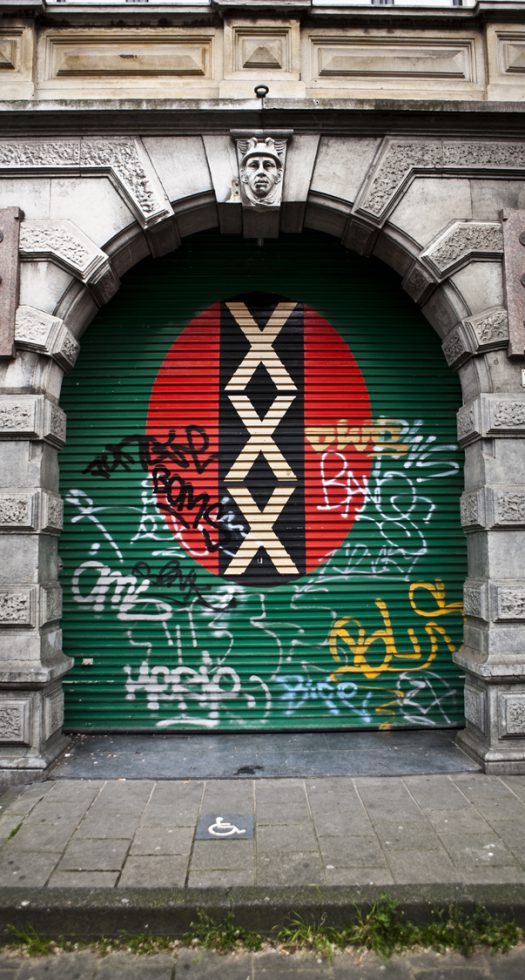 One by one, thousands of compassionate individuals came alongside us and began to take a stand against this injustice, host screenings of Nefarious, and give generously toward the fight. This movement helped to bring massive awareness—the film has been screened for at least 1.5 million—and rallied an empathetic army of abolitionists who, even today, continue to fuel this work.

After years of battling sex trafficking we began to discover that “trafficking,” in the classic sense, was only the tip of the iceberg. We found that the entire sex industry—comprised of prostitution, stripping, and pornography—is a system of exploitation, a place where our society’s most vulnerable are pulled into. For this reason, in addition to fighting for the freedom of sex trafficking victims, we also fight for the freedom of all who are exploited in the sex industry. We believe every person should be free.

Today, because of the support of faithful abolitionists like you, our small efforts to end sex trafficking have evolved into significant action. Our dedicated team of professionals work full-time to abolish commercial sexual exploitation through cultural and legal reform, while assisting and empowering victimized individuals through outreach. Every single day, we are encouraged and inspired to keep fighting for the women and children held captive, because God wants to set the captives free.

Come and join us in this movement! We can't do this alone.

Learn more about the commercial sex industry and how to fight it. Know the facts Use your voice to fuel a freedom movement. Join the movement Give today to bring freedom, and help end sexual exploitation. Donate

We’ve started the fight. Strengthen the movement and bring freedom to those caught in the commercial sex industry.