The True Legacy of Hugh Hefner

Hugh Hefner, founder and editor-in-chief of Playboy magazine, recently died at the age of 91. In the brief time since his passing, dozens of articles that portray and celebrate his legacy as a businessman and advocate for sexual freedom have been written.

I personally struggle with my feelings about Hugh Hefner’s life work and legacy. A man—a human being—has died, and because of this, I struggle with ambivalence as I write this piece. I struggle because I have compassion for his departed soul and I have empathy for those who loved and cherished him as family or friend, and it is to them that I offer my condolences.

While I will not bash Mr. Hefner, the human being, I will be open about my questioning of the deservedness of his celebrated legacy. I, for the life of me, am unable to take part in the memorialization of someone whose greatest influence, in my mind, was among the most destructive phenomena of our modern-day culture: the sexual revolution ignited by Playboy magazine.

Mr. Hefner was praised, touted as an icon, a revolutionary—someone to be compared as an equal to Walt Disney or Citizen Kane. And the truth is, he was extremely successful as a business entrepreneur—but at what cost? His successes were built on a foundation of the sexual exploitation of countless women and children, all in the name of sexual revolution and free expression.

Since Mr. Hefner’s passing, all I have seen is commentators, news outlets, and journalists giving him nothing but praise and high esteem for his accomplishments. What these same outlets are failing to do is to bring to light the dark side of what Hugh Hefner and his Playboy empire brought to our culture.

In a nutshell, the Playboy philosophy is, as was written by William F. Buckley, a former Playboy magazine contributor, “A man’s morality, like his religion, is a personal affair best left to his own conscience.” This philosophy basically says: sex with anyone, anything, or anytime with no consequences. So, if someone has a sexual obsession, no matter how deviant it may be, their conscience is literally their only guide to what is right.

I hate this philosophy and the profoundly negative impact that his success has had on me, for the negative consequences his philosophy has had on our culture, and especially for the pain and damage his sexual revolution has brought to so many lives.

Learn more about my own journey in the blog post I’m Proof That Sex Buyers Can Change.

Can you imagine the profound impact this philosophy could have on a 12-year-old boy?

That is how old I was when I first came across these kinds of images. Consuming these pornographic pictures created an abnormally, hyper-aroused curiosity and fantasy in my mind that had never once been there before. This young and misguided introduction to sex came devastatingly out of order.

I believed that lie wholeheartedly and because of that, my relational goals became tragically twisted. I saw each date as a challenge to see how far I could go sexually, and when I accomplished that goal I would lose interest and move on to the next conquest.

I never considered whether my sexual appetite or advances were somehow hurting the girl I was with, because the images in the magazines always portrayed that it was their pleasure to please me. Those images never communicated hurt, pain, sadness, or grief and sadly, I translated that into real life. I believed that my actions couldn’t and didn’t hurt anyone. What a mistake.

You see, Playboy glamorizes the objectification of women. The images of this magazine are high-resolution, filtered, airbrushed photos captured under special lighting. Not a single one of these images represent reality.

Not a single one of these images represent reality.

The average age of the women portrayed in Playboy magazine ranges from 18 years old into their late 20’s, and all of them are shown to be of a certain similar shape and size. Playboy systematically reset the bar as to what qualifies as sexy and what does not. The reality is only 2% of women ever come close to looking anything like the women in Playboy’s playmate centerfold.

The average woman weighs approximately 144 lbs. and wears a size 12-14. But what is displayed over and over again are young women who all fit the Playboy measuring stick as to what is beautiful. Ninety-eight percent of all women are not only censored from this magazine, but are never considered beautiful or sexy. Conversely, the terms “hogs,” “whales,” and “dogs” are often the words attached to women who are on the heavier side of Playboy’s measuring stick.

This has created a huge struggle for young women and girls who long to be considered beautiful and/or sexy, but find that their body type will never be like the centerfold. The reality is, the centerfold image isn’t true to the centerfold model’s body thanks to high-tech filters and Photoshop. But the young girl struggling with her body image doesn’t know that, and neither do the men, and often women, who consume the material.

The bottom line is that all viewers get seduced by a lie.

Studies have shown that the biggest concern for many young girls is their looks. Not their education, not their dreams, and not their character. Wow—how broken is that? The pornographic culture born out of Hefner’s sexual revolution has created a pervasive environment of body shame. Shame that says that they don’t measure up, they’re not good enough, and they fall devastatingly short of what it means to be beautiful, desirable, or sexy.

Objectification is one of the most damaging things we can do to another human being.

We dehumanize someone when we reduce a person to mere body parts. The value of a woman is not based on the size and shape of her body, but on who she is on the inside. Her dreams, skills, intelligence, and character are all contributing pieces of her value—but her body is not. Each of the Playboy images have served to strip the woman or the child of their dignity and their true value. And yet we as a culture continue to consume.

Shortly after my own world crumbled from the sexual abuse I experienced as a child, I stumbled upon a shed filled with stacks upon stacks of hidden pornography—and yes, Playboy was among them.

Consuming these images was like a drug injected into my veins and I was hooked. My sexual abuse story caused a deep ache in my heart and a longing to be truly known and loved unconditionally. These images that I was consuming falsely promised such; they couldn’t reject me, they couldn’t abuse me, and they couldn’t hurt me.

But as the years went by, I realized they also couldn’t love me and they couldn’t satisfy the desire of my heart to be in meaningful and authentic relationship with others. In fact, my consumption served only to further prevent this.

It is our appetite that needs to change.

If you’d like to learn more about Gene McConnell, how you can combat the damage of pornography, and/or seek support in your own recovery, please contact Authentic Relationships International.

A Reflection on the Casualties of Playboy 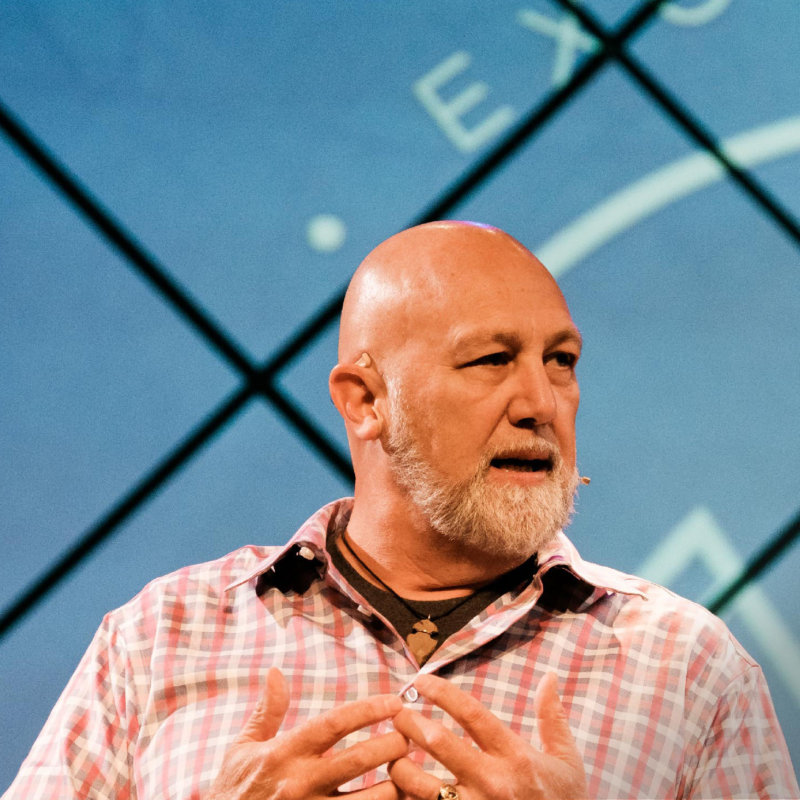 I’m Proof That Sex Buyers Can Change Although I loved my wife and family, I was secretly enslaved to an addiction to pornography...