They say that “actions speak louder than words.” Well in Pornhub/MindGeek’s case, both are speaking loud and clear.

For the first time since the Traffickinghub campaign began last February, MindGeek COO David Marmorstein Tassillo and MindGeek Canada CEO Feras Antoon were forced to respond publicly to the evidence of child sexual abuse material (CSAM), rape, and non-consenual content that’s been rampant on their platforms.

As part of a Canadian investigation, for over two hours, Members of the Canadian Parliament grilled the executives on a variety of topics, questioning their weak moderation practices, their controversial “download button,” why the company was allowing illegal content, and why the recent changes didn’t happen much sooner.

Given what we know about MindGeek, Pornhub’s parent company, the answers provided by these executives were predictably awful. The questions from the Members of Parliament were met with polished denials, avoidance tactics, and at times outright defiance to facts.

A consistent theme of the proceedings was a complete refusal to acknowledge any fault or admit any responsibility. This was especially evident when pressed on why they waited until December of 2020 to make meaningful changes regarding their content.

Mr Antoon’s response was of course defiant, disagreeing with facts, denying fault, and refusing to admit their negligence played a starring role in those crimes. His only admission was that they could “improve.” Keep in mind, these are allegations that in the past they referred to as “conspiracy theories.”

These are questions we have raised for the last year, but neither Mr. Antoon or Mr. Tassillo would provide any clarity or substantive answer. Their only response was to point to recent changes and “respectfully disagree” with the members’ questions.

Mr. Antoon was specifically asked what he would like to say to the underage victims who were abused on their platform. He claimed that he was “heartbroken,” yet never actually issued any apology. Instead, he callously defended their commitment to being a safe platform. 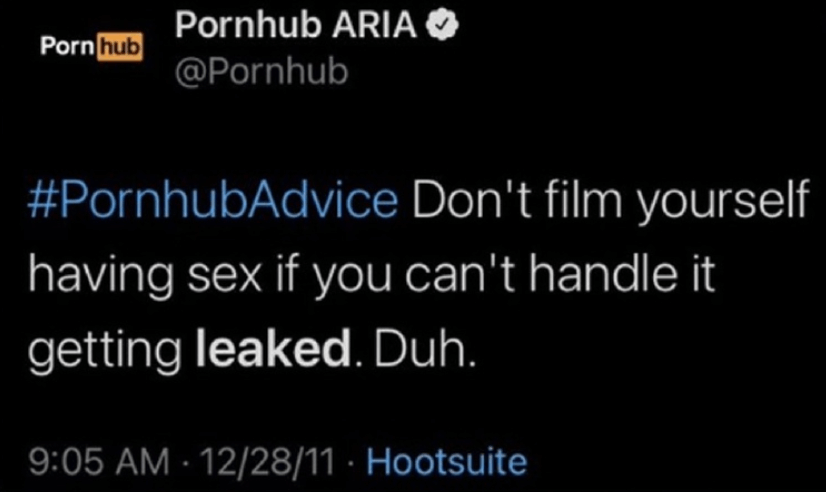 But instead of apologizing, they suggested to the panel that they were “industry leaders” when it came to moderating online content. They consistently touted their failed moderating process and recent safeguards to the site even though those changes just occurred in the last few weeks. In fact, the changes they made were not a product of goodwill, but because Visa and Mastercard refused to process payments for them. This gives further credence to the fact that all these “leaders” really care about is money.

And let’s talk about money for a moment, because Mr. Tassillo and Mr. Antoon dodged questions around their organizational structure, corporate revenue, personal income, and taxes. They pretended not to know how much money their company made last year, and didn’t feel discussing their personal income was “appropriate.” I have to say, it was an interesting experience hearing about ethics from people who peddle CSAM for profit.

They were also asked questions about how many complaints they received in 2020, and targeted questions around specific cases involving underage girls and non-consensual content. Each time they skirted the question and claimed ignorance. Several members expressed shock and dismay at the lack of substance Antoon and Tassillo brought to the committee and their aloof attitude while answering.

You guys have failed… in terms of your filters and your ability to respond to concerns that have been put to you by minors, because in no way should that content be on the internet… and it shouldn’t be on your site.

In answering one question around former employees’ claims of unethical behavior by management, Mr. Antoon claimed that “media articles are not facts” that “journalists write whatever they want” and defended his company stating “there’s no secrecy at MindGeek.”

Which begs the question, if there are no secrets at MindGeek, why did they feel the need to use fake names in their public correspondence? MindGeek VP Corey Urman actually admitted as much. Yet they felt no need to conceal the real identities of the victims in the videos they hosted. Once again, MindGeek only uses discretion when it protects their own interests.

Perhaps the most common answer uttered from these men was “I don’t have that information handy.” It was clear that these executives had no intention of divulging any details about their organization and consistently obfuscated the truth about the past and present business operations, their finances and structure, as well as their safeguarding policies.

As Member Charlie Angus pointed out, this means they potentially violated Section 163-3 of Canada’s child pornography law, which carries a 14-year sentence. This is a criminal issue for which they should be charged, and ultimately banned from continued operations.

As we have continually stated, MindGeek has failed the most basic of standards in terms of ethics and legality, and have proven both in their actions and now their words, that they are either unable or unwilling to self-regulate.

In the words of Member Francisco Sorbara “you guys have failed… in terms of your filters and your ability to respond to concerns that have been put to you by minors, because in no way should that content be on the internet… and it shouldn’t be on your site.”

Member Angus added that the executives displayed “a staggering level of recklessness.”

In 2021, we’re continuing to focus our resources on pushing for Pornhub/MindGeek to be held fully accountable for their crimes and we’re providing specialized trauma therapy for Pornhub’s victims. Your gift can help bring both victory and healing.